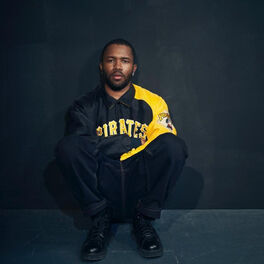 The rights owners have requested for the partial or full discography of this artist to be made unavailable to users. We are doing our utmost to make it available to you again as soon as possible.

Dear April (Side A - Acoustic)

Raised in New Orleans among the city's jazz scene, Christopher Edwin Breaux was studying at the local university when Hurricane Katrina hit in 2005. Moving to Los Angeles to escape the devastation, his demo tapes under his new name of Frank Ocean won him a songwriting deal and he soon started penning tracks for Brandy, Justin Bieber and John Legend before befriending rapper Tyler, The Creator and lending his soulful vocals to his single She. Guest appearances on tracks by Beyoncé, Jay-Z and Kanye West led to a record deal with Def Jam and his 2011 mixtape Nostalgia, Ultra made him one of the most hotly tipped young artists around. Full of neo soul and sharp, contemporary R&B, his 2012 debut album Channel Orange featured collaborations with Andre 3000 and John Mayer and proved an instant hit, reaching number two in the UK and US charts and winning him acclaim with one of the top-selling albums of the year. Alongside his dark, confessional tales and lovelorn grooves, Ocean became one of the first soul stars to openly speak about his homosexuality - a groundbreaking move in a genre often accused of misogyny.