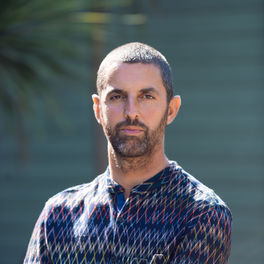 Won't Back Down: The Story of Legendary Mountain Biker Steve Peat (Soundtrack)

The Distance Between Us

Alberto started playing piano at age 3. He received classical training, earning national classical awards at the early age of 8. in his teenage years his love for music expanded to Jazz and Contemporary, bringing him to London, Paris and Los Angeles where he now lives. Alberto earned the prestigious SURFER Award for his collaboration with seven times surfing world champion Stephanie Gilmore, among other international recognitions, and recently has appeared in “A Star Is Born", where he co-wrote the single “Black Eyes” with Bradley Cooper and Lukas Nelson & Promise of the Real, and played the piano in Oscar winner “Shallow” among other songs featured in the film’s soundtrack. He also recorded with Joe Perry, Johnny Depp and Brad Furman on the “City of Lies” motion picture.