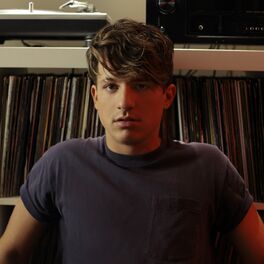 Some Type of Love

The Way I Am (Acoustic)

The Way I Am (Slushii Remix)

The Way I Am (Taska Black Remix)

The Way I Am (Eden Prince Remix)

by 5 Seconds Of Summer

by Katy Perry, Win and Woo

A clean-cut, pitch-perfect singer discovered and championed by Ellen DeGeneres, Charlie Puth's crowning glory will probably always be 'See You Again', his duet with rapper Wiz Khalifa, which became a huge international hit after featuring in the movie 'Furious 7'. A powerful tearjerker, it was included as a tribute to the actor Paul Walker who was killed in a car crash during the making of the movie.

The son of a music teacher and writer of commercials, Puth was born to a Catholic father and Jewish mother and raised in New Jersey. His mother taught him to play piano at the age of four and initially studied classical music, but later turned to jazz, joining a jazz ensemble at the Count Basie Theatre Cool School when he was 12 and was still at school when he recorded his first album 'Have a Merry Charlie Christmas'. He studied jazz and classical music and majored in music production and engineering at the Berklee College of Music.

In 2009 he started his own YouTube channel and achieved some interest with 'These Are My Sexy Shades', going on to release the EP 'The Otto Tunes'. Ellen DeGeneres saw him performing a cover of Adele's 'Someone Like You' with fellow Berklee student Emily Luther, featured them on her TV show and signed them to her eleveneleven label. Developing his songwriting he was subsequently signed to the Atlantic label and released the catchy single 'Marvin Gaye' with guest vocals from Meghan Trainor, topping the charts in the UK, Ireland and New Zealand. Linking up with rapper Wiz Khalifa, his career scaled new heights following the release of 'See You Again' and featured with Meghan Trainor again on the video for her hit 'Dear Future Husband'. He also worked with Lil Wayne before releasing his debut album 'Nine Track Mind' in 2015, which produced another hit 'One Call Away'. In 2017 he had two further hits with 'Attention' and 'How Long', both forerunners of the release of his new album 'Voicenotes' in 2018.