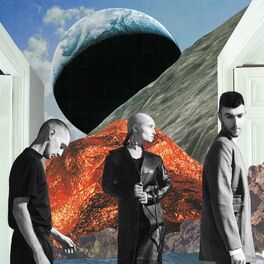 What Is Love? (Deluxe Edition)

Rather Be (feat. Jess Glynne) (Remixes)

by The Killers, Clean Bandit

By combining classical influences with an electronic Euro-pop sound, three Cambridge undergraduates came up with a musical formula which has seen them top the UK charts, win numerous awards including a Grammy and two Ivor Novello Awards and sell millions of records in the process. Clean Bandit have enjoyed a meteoric rise in the pop business to become one of the UK's most successful electronic dance music bands.

Grace Chatto and brothers Jack and Luke Patterson were all classically trained musicians who met whilst attending Jesus College in Cambridge and decided to form a group. Their first single 'A+E' was released in 2012 and peaked at number 100 on the UK charts. Just over a year later the band topped the charts in Austria, Finland, Germany, Netherlands, Norway and Sweden and made the top 20 in the UK with the single 'Rather Be' featuring singer Jess Glynne. The single sold over a million copies and won numerous awards and music industry accolades and broke into the Billboard Hot 100 top ten.

The band have capitalised on their early success with a number of high profile collaborations and are now an established, top selling band throughout Europe in the dance and electronic music categories. Their second album 'What Is Love?' was released in 2018.