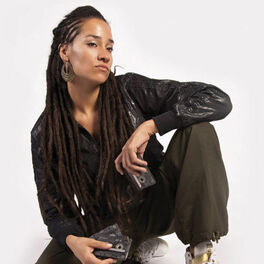 Made In The UK

ALIKA IS THE REALITY OF ROOTS, THE KINDNESS OF REGGAE, DANCEHALL STRENGTH AND SINCERITY OF HIP HOP¨ (by Lia Samantha) Alika presents her new single "Inspirame" She's a worthy representative of the Latin American dancehall scene, an iconic figure of the fight against injustices and violence in the Argentine and Latin American "barrios”… Alika started her career in 1994 with a band, but she quickly took wing and set up a solo career which leaded herself beyond her expectations! Recognized too as an hip hop artist, Alika wakes the reggae world in Argentina with engaged lyrics, breathtaking energy and remarkable stage presence. A Molotov cocktail which almost crossed the entire planet ! Even the genius Mad Professor started to be interested by this woman with a bright future! He produced her 5th album in 2009, a jewel which convinced the genre experts and permitted her to expend her talent in all over the world. Her charisma and presence on stage have allowed her to take her show to festivals, theaters, clubs, schools, hospitals and even prisons in different cities arround the world—including Argentina, Chile, Uruguay, Bolivia, Peru, Brasil, Colombia, Ecuador, Venezuela, Costa Rica, El Salvador, Guatemala, Mexico, United States of America. France, Spain, Japan and Andorra.—marking a truly amazing career for someone who to this day remains an independent artist.