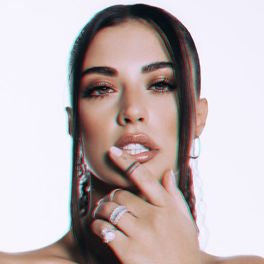 I Think I Love Him

I Think I Love Him (Kean Dysso Remix)

I Think I Love Him (Remix)

On Repeat by Drago

by The Dead Collective, Antonia

ALL WE NEED (feat. Antonia)

Antonia is a Romanian-American singer and performer. She is definitely one of the biggest Romanian artists with tracks at the top of radio charts, national and international concerts and a variety of endorsement contracts. The artist moved to the US when she was just 5 years old; she grew up in the states of Utah and Nevada where she finished high-school and started modeling. She’s worked with the likes of Lenz and Ford Models and also released her own clothing line called Moja in 2013. As for singing, the artist has been doing it ever since she was 10 years old. Having grown up abroad, the American culture heavily influenced her music style. Tracks such as “Morena” produced by Tom Boxer, “Marionette” produced by DJAfrojack, “Pleaca” in collaboration with Vunk, “Marabou”, “Wild Horses” feat. Jay Sean, “Suna-ma” feat. Carla's Dreams, “Intoarce-te acasa” feat. Holograf, the recent “Hotel Lounge” and many more have been hugely appreciated by the public. One of her latest singles “Matame” feat. Erik Frank was heavily rotated by the radio stations and made it to everyone’s playlists, but the collaboration with Faydee for “Trika Trika” conquered the charts, gaining millions of views on YouTube and TikTok. And you should definitely hit the play button and listen to her latest releases "Touch Me" and "Lie I Tell Myself"! Apart from music, Antonia is also an important brand endorser for Vodafone, Volvo and Avon and can be seen as a judge on The Four Romania.