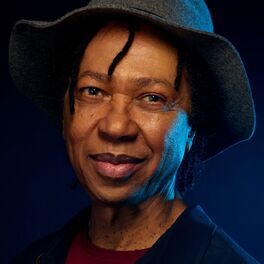 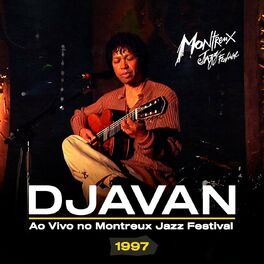 Brazilian singer-songwriter who draws heavily on Latin American rhythms mixed with modern influences from all over the world, Djavan's crossover international success has resulted in his songs being covered by a variety of major artists including Al Jarreau, Carmen McRae and Manhattan Transfer.

He was born in a poor area in the north east of Brazil. Drawing initial influence from his mother's folk music repertoire he began playing when he was 16, teaching himself the violão, a Brazilian acoustic guitar. He started playing local venues for spare change performing Beatles covers and formed the band LSD (Luz, Som, Dimensão). This got him an introduction to record producer João Mello who hired him to sing on TV soap opera soundtracks. He subsequenty moved to Rio and made his money as a crooning club singer.

At the time he concentrated on other writers' material, but eventually his own songs gained credence and after his song 'Abertura' gained popularity, he recorded his first album 'A Voz, O Violão e a Arte de Djavan' in 1976 on the Som Livre label, featuring one of his most popular songs 'Flor de Lis'. Arranged by João Donato, his songs 'É Hora' and 'Romeiros' established his reputation further and he recorded three more albums for the Odeon label before being signed by CBS in the US.

Helped by Stevie Wonder playing harmonica, he had an international hit with 'Samurai' and his songs were subsequently picked up by the likes of Al Jarreau, Carmen McRae, Manhattan Transfer, Aaron Goldberg, Loredana Bertè, Eliane Elias and Lee Ritenour, as Djavan himself embraced African rhythms and a wider assortment of styles. He also played with flamenco guitarist Paco de Lucia, worked with Quincy Jones and Caetano Veloso and began performing English language material. He achieved a further breakthrough in 1999 with his live concert double album 'Ao Vivo' selling well over a million copies, while his song 'Acelerou' won Brazilian Song of the Year at the Latin Grammy Awards in 2000.