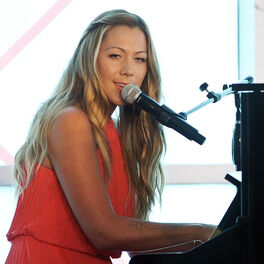 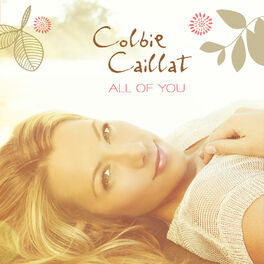 Christmas In The Sand

All Of You (Booklet Version)

Colbie Caillat is an American singer-songwriter known for intimate concerts and a series of albums including a number one Billboard 200 hit with 'Breakthrough' in 2009. The daughter of record producer Ken Caillat, as a child she learned piano, guitar and took singing lessons. She failed at two attempts on the talent show 'American Idol' but wide response to her music on MySpace led to success. Her debut album 'Coco' topped Billboard's Top Rock Albums Chart and reached number five on the Billboard 200 in 2007. The single 'Bubbly', which she had performed for the talent show, went to number two on the Mainstream Top 40 and number five on the Hot 100. Another single from the album, 'Realize', peaked at number ten on the mainstream chart and number 20 on the Hot 100.

'Breakthrough' (2009), nominated for a Grammy Award as Best Pop Vocal Album, went straight to number one on the Billboard 200 and also topped the Rock Chart with the single 'Fallin' for You' reaching number 12 on the Hot 100. Her duet with Jason Mraz, 'Lucky', won the 2009 Grammy Award for Best Pop Collaboration With Vocals and Taylor Swift's 2009 release 'Fearless', for which Caillat co-wrote the song 'Breathe', was named Album of the Year. A seasonal release, 'Christmas in the Sand' reached number four on Billboard's Holiday Albums Sales Chart and her 2016 acoustic album 'The Malibu Sessions' went to number 35 on the Billboard 200.