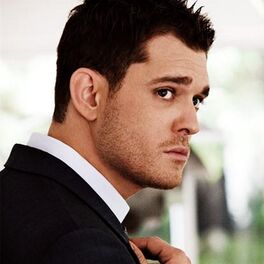 Nobody but Me (Deluxe)

To Be Loved (Deluxe)

Haven't Met You Yet

Baby (You've Got What It Takes)

If I Can Dream: Elvis Presley with the Royal Philharmonic Orchestra

Bublé was 16 when he first performed in Canadian night clubs. His Italian grandfather, a plumber, paid for singing lessons and negotiated gigs for him in return for plumbing services. Bublé subsequently won the Canadian Youth Talent Search though for several years his unfashionable ballad style was confined to cruise ships, shopping malls and hotel bars. In 1997 he appeared on Canadian TV show Big Band Boom and in 2000 two of his self-written songs - I've Never Been In Love Before and Dumb Ol' Heart - featured in the movie Here's To Life. He sang Mack The Knife at the wedding of former Canadian Prime Minister Brian Mulroney's daughter Caroline and met David Foster, who agreed to produce his self-titled first album in 2003. Bublé's retro big band style hit a chord with audiences all over the world, while subsequent albums It's Time and Call Me Irresponsible broadened his style and proved he was much more than a Sinatra imitator - he has since won Grammy Awards in 2008, 2010 and more recently in 2011. Artist biography compiled by BDS/West 10. All rights reserved