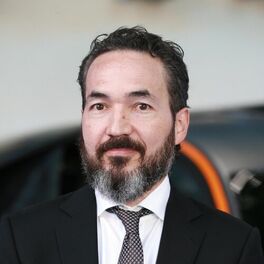 Transformers: The Last Knight (Music from the Motion Picture)

Teenage Mutant Ninja Turtles: Out of the Shadows (Music from the Motion Picture)

Steve Jablonsky is a prolific composer for films and television with a long list of credits including the 'Transformers' franchise and 'Desperate Housewives'. Having switched from computer sciences to music while at the University of California, he landed an internship at Remote Control Productions, run by Academy Award-winning film composer Hans Zimmer. Mentored there by Zimmer and fellow film composer Harry Gregson-Williams, he displayed a talent for scoring pictures and landed the assignment to provide the music for 'The Texas Chainsaw Massacre' in 2003.