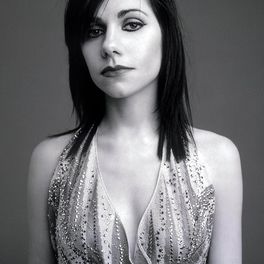 All About Eve (Original Music)

A Woman A Man Walked By

The Letter (plus B-Sides)

To Bring You My Love

Rock Your Morning (Thirty Seconds to Mars, U2, The Killers..)

L Tunes: Music From And Inspired By "The L Word"

A Ruff Guide To

Jay And Silent Bob Strike Back (Music From The Motion Picture)

It's A Wonderful Life

Raised on a rural sheep farm in deepest Dorset, Polly Jean Harvey (aka PJ Harvey) grew up listening to Howlin' Wolf, Jimi Hendrix and Captain Beefheart records before later discovering the Pixies and the US alternative movement. Helped by the championing of Radio 1 DJ John Peel, debut album Dry (1992) introduced her as a raw, uncompromising alt. rock queen, straining with stripped-to-the-bone honesty. The primal growl and bluesy sleaze of the Steve Albini produced follow-up Rid Of Me (1993) became a Number 3 hit in the UK before To Bring You My Love (1995) made a breakthrough in America. Constantly evolving and creating new musical personas, Is This Desire? (1998) experimented with ambient, electronic soundscapes, before the rush of pop/rock hooks on Stories From The City, Stories From The Sea (2000) won Harvey the Mercury Music Prize. A more tender side emerged on the lo-fi Uh Huh Her (2004) and she taught herself piano for the ethereal, haunting ballads on White Chalk (2007). Collaborations with Bjork, Nick Cave, Josh Homme and John Parish have punctuated a startling catalogue of work and Harvey continues to shape-shift and explore new musical paths.