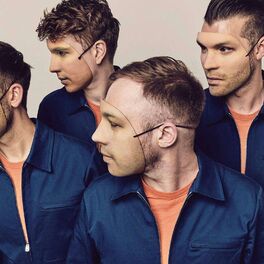 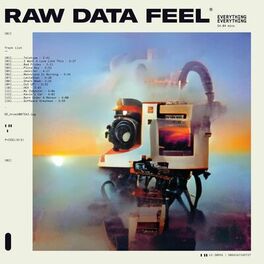 Get To Heaven (Deluxe)

Live with The No.6 Orchestra

How Could You Disappear? (Everything Everything Remix)

The Problem of Leisure: A celebration of Andy Gill and Gang of Four

by Gang Of Four

Creating intricate and eclectic walls of sound, Everything Everything were part of a new generation of bands emerging around 2008 inspired as much by the 1980s and 1990s pop of Michael Jackson and R. Kelly as the classic rock of The Beatles and Pink Floyd.

Formed by Jonathan Higgs and Jeremy Pritchard while at Salford University, Higgs recruited old school friends Michael Spearman and Alex Niven and began performing in 2007 and working with producer David Kosten. Named on the BBC Sound of 2010 long list, their debut album 'Man Alive' in 2010 made the UK top 20 and was praised for its mix of poly-rhythms, electronics and indie rock guitars, while Higgs' high, falsetto vocals gave the band a unique, signature sound, influenced by slick US R&B. They were also nominated for the Mecury Music Prize, before their acclaimed follow-up 'Arc' in 2012 shot to number five in the UK Charts and produced the singles 'Cough Cough' and 'Kemosabe' to help cement their reputation as one of the UK's most innovative young bands.

Their third album, 'Get to Heaven', was released in 2015, preceded by the single 'Distant Past' which was named by Radio 1's Zane Lowe as the Hottest Record in the World. They announced the release of their fourth album, titled 'A Fever Dream', in 2017.