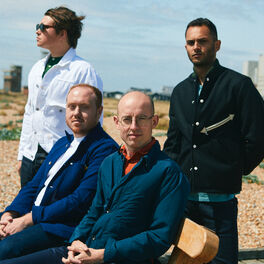 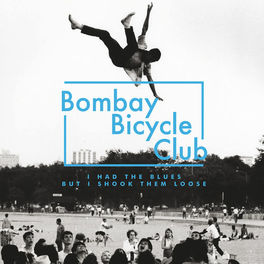 I Had The Blues But I Shook Them Loose

Everything Else Has Gone Wrong

A Different Kind Of Fix

So Long, See You Tomorrow

Dust On The Ground

How Can You Swallow So Much Sleep

Get Up And Start To Shine

Since forming in 2006, Bombay Bicycle Club, named after a chain of Indian restaurants, have forged a highly individual acoustic style that has been categorised as a mixture of indie, folk, punk and country. Formed by Jamie MacColl, Jack Steadman and Suran de Saram as teenagers while still at school, they were originally called The Canals, but found proper focus when Ed Nash joined in 2006. They received a boost in 2006 when they won Virgin Mobile's Road to V competition shown on Channel 4 which earned the opening slot at the V Festival.

Their debut EP 'The Boy I Used to Be' in 2007, produced by Jim Abbiss, also won them many friends and when the boys left school they went on to record their debut album 'I Had the Blues But I Shook Them Loose' in 2009. Second album 'Flaws' in 2010 was entirely acoustic and, including the single 'Ivy & Gold' and cover versions of John Martyn's 'Fairytale Lullaby' and Joanna Newsom's 'Swansea', reached the UK top ten.

They won the Best New Band award at 2010's NME Awards, the same year their song 'How Can You Swallow So Much sleep' was featured on the soundtrack to 'The Twilight Saga: Eclipse'. In 2012 they were asked to perform in Hyde Park as part of a concert to mark the end of the 2012 Summer Olympics. 2013 saw the release of the first singles from their next album. 'So Long, See You Tomorrow' was itself released in 2014, making it to number one in the UK Albums Chart and the Billboard Heatseekers Chart. In January 2016 the band announced a hiatus, with Steadman and Nash expressing an interest in solo work.

Ending a three-year break, the band returned in 2019 with new album 'Everything Else Has Gone Wrong'.