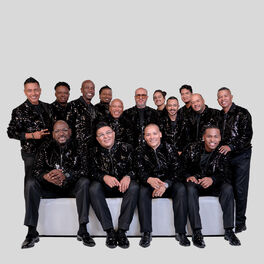 Grupo Niche is an existing Colombian salsa orchestra formed in 1980, recognized by critics and public alike, as the most successful in Latin America for the last three decades. It was started in the city of Bogotá by Jairo Varela Martinez a native of Chocó Department. As time passed and seeking inspiration, they decided to travel to the city of Buenaventura on the Colombian Pacific coast, and finally, in 1983, settled in Cali, in the country's western region, which would become its base of operation. In 1990, Jairo Varela produced "Cielo de Tambores", the group's most successful album. Songs such as "Una Aventura", "Busca por Dentro", "Se pareció tanto a tí", "Sin Sintimiento", "Cali Aji" and "Debiera Olvidarla" broke new ground and were undeniable successes throughout Latin America. With their tours, the group used its new-found influence to entertain its immigrant compatriots and each country's ethnic groups. On August 8, 2012, Maestro Jairo Varela had another heart attack leading to his death. There was an outpouring of grief at his passing throughout Colombia and several other countries. His funeral lasted four days due to the ovation of his fans. Numerous tributes were received from governments and persons and the legend of "Jairo" began. - Nominated in the 2016 Latin Grammy Awards, The Grammy Anglo - The Premio Lo Nuestro, The Afro-Colombian Award of the Year - The Latin Billboard Awards 2017