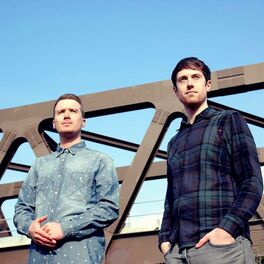 Grooves On The Vinyl - EP

Ready For Your Love (Remixes)

Ready For Your Love

Successful house duo Gorgon City was formed in London, England in 2012 and comprises of DJs Kye 'Foamo' Gibbon and Matt 'RackNRuin' Robson-Scott. After joining forces Foamo and RackNRuin went into the studio and created 'The Crypt EP' which featured Navigator, Rubi Dan and Janai. Although 'The Crypt' was not a commercial success it showed enough promise for the up-and-coming singer Yasmin to collaborate with the two DJs leading to their breakthrough single 'Real' being released in 2013. 'Real' peaked at number 44 on the UK Singles Chart and went to number seven on the UK Indie Chart.

In 2014 Gorgon City released the critically acclaimed album 'Sirens' which featured vocals from artists such as UK singer Katy B and the Grammy Award-winning Jennifer Hudson. 'Sirens' gave the duo their highest charting single to date with 'Ready for Love' when it went to number four in the UK Mainstream Charts with the album reaching number ten. With just two albums to their credit, the duo's main focus is on singles and they have released a number of successful collaborations in conjunction with artists such as Tink, Mikky Ekko, Duke Dumont and Wyclef Jean.