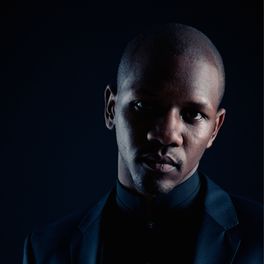 When Will It Stop (Deluxe Edition)

Made In The UK

The Intent 2: The Come Up (Original Motion Picture Soundtrack)

Close But Not Quite

Raised in Peckham, London amid a world of gangs, crime and violence, Nathaniel Thompson spent two years in prison for gun possession before turning his life around through music. After his incarceration, the London rapper, now going by his stage name Giggs, organised his SN1 gang into an acclaimed hip-hop collective, releasing a number of mixtapes and building a reputation as a fearsome freestyler. Signed by XL Records, Giggs' distinctive, deep-voiced style and vivid portrayals of street life set him apart from the crop of UK urban stars diluting their sound for a mainstream pop market.

His 2008 self-released debut album 'Walk in Da Park' became a huge underground hit led by the single 'Talking the Hardest', before his first major release 'Let 'Em Have It' a year later featured contributions from US producer B.o.B. and The Streets front man Mike Skinner. 'When Will It Stop' was released in 2013 and featured collaborations with Ed Sheeran and Styles P., debuting at number 21 on the UK Albums Chart. His follow-up album 'Landlord' released independently through his SN1 Records label, was critically acclaimed and earned Giggs his highest chart entry, debuting at number two. He followed up with 'Big Bad...', his fifth album released in 2019.