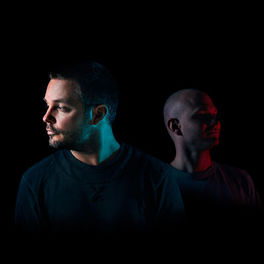 I Do (feat. Andreas Moss)

We Are Berlin 2021: Elektronische Großstadtsounds

The Zonderling story begins in the mid-2000’s in Groningen, NL. Jaap was DJing at a variety of clubs and festivals, while Martijn’s focus was on production and actively working with Noisia, another electronic music group he’s involved in. The two were brought together around 2013 when Jaap started managing the labels ran by Noisia, and one day found themselves in the studio together exploring the Zonderling sound. The rest is history. Zonderling is now internationally recognized in the Dance world for their innovative production skills, signature sound and collaborative nature. Take, for example, their track, ‘Crazy’ (2017), with Lost Frequencies, that racked up over 118 million streams and topped 23 country’s iTunes charts worldwide! Or the dance gem ‘Tunnel Vision’ with Don Diablo - the most played club track from Zonderlings 2017 EP. Other notable collabs include Sam Feldt, Moguai, Showtek - to name a few. Having built their name into an empire, Zonderling has released music on the most popular independent electronic music labels, including Heldeep, Armada, Hexagon, and Found Frequencies. Zonderling has also toured around the globe, commanding the stages of Tomorrowland, EDC Orlando, World Club Dome, Sziget, and throwing in appearances at venues like Ushuaïa Ibiza, New Gas City in Montreal and Bootshaus in Germany...and they’re not slowing down anytime soon!