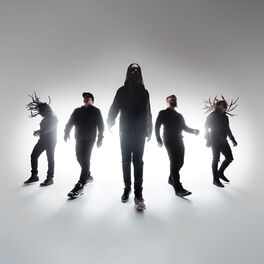 Masters and pioneers of the nu-metal/rap-rock world, Nonpoint have quietly been the biggest and best kept secret of the rock/metal genre. Their songs and renowned performances have had musicians from all corners of the genre and music industry members standing side stage to revel at the audiences they transform before their eyes… But, 2020 also showed what Nonpoint could be when their iconic live show was faced with a “lock down.” Nonpoint is its community. Their unwavering fan group called “361 Degrees, all things Nonpoint”, inspired by a lyric in their song “Circles”, has influenced and set off a transformation in the Nonpoint camp that will test them like no other time in their career. Announcing they will be attempting their first FULLY independent release, through their fan inspired label, “361 Degrees Records”, funded entirely by the band. The first part of their mission being the indoctrination of their first single “Ruthless” into the “Library of Nonpoint Anthems.” Wrestling’s own “All Elite Wrestling” (aka AEW) even made Ruthless its theme song for the May 5, 2021 BLOOD AND GUTS event live on TNT. Having Ruthless in its first week shaping up to surpass tracks like Bullet with a Name, Chaos and Earthquakes and In the Air Tonight. Soon following Ruthless will be the highly anticipated release of their version of Prince’s song, “When Doves Cry,” chosen by their fans in a month-long online event in. Today, Nonpoint continues to ignite streaming platforms, news feeds, social media platforms, and festival stages, and 2021 is shaping up to take them from rock’s best kept secret to household name.