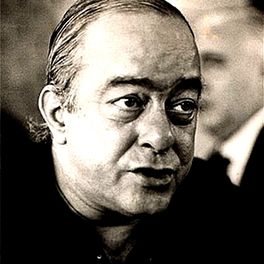 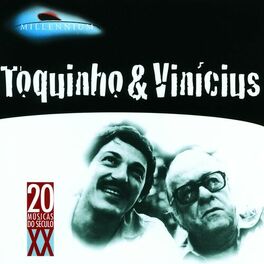 The Girl From Ipanema

In viaggio verso: BRASILE - i classici

Vinícius De Moraes was a Brazilian poet, author and playwright who became a songwriter and then a singer at the start of the Bossa Nova movement. He recorded many albums and was a prolific songwriter best known for 'The Girl From Ipanema', which he wrote with Antonio Carlos Jobim. Honoured by the Latin Grammy Hall of Fame, it was recorded by João Gilberto and Stan Getz and then by Getz and Astrud Gilberto singing the English lyrics by Norman Gimbel. His 1956 musical play 'Orfeu da Conceição' was adapted into a film by French director Marcel Camus. Titled 'Black Orpheus' it featured music by Jobim and Luis Bonfá and the song 'A Felicidate' by Jobim and Moraes. It won the 1960 Academy Award and Golden Globe as Best Foreign Language Film as well as the BAFTA Film Award for Best Film and the Palme d'Or at the Festival de Cannes.

Born in Rio de Janeiro to an artistic family, he began writing poetry as a child and onto songs as a teenager. He earned a law degree but spent more time with his poetry and music. He had a multi-faceted career working in the film industry and as a diplomat and spent time living in England and America before returning to Brazil in 1950. The movie 'Back Orpheus', for which he wrote the screenplay, initiated the popularity of Bossa Nova and after the success of 'The Girl from Ipanema', which was recorded by more than 100 artists including Frank Sinatra, he turned increasingly to music. He recorded with Antonio Maria, Claudio Santor, Elizete Cardoso, Nara Leão, Baden Powell and Toquinho and toured the world in performances that also showed off his skill as a raconteur. His many recordings include 'Orfeu da Conceição' (1956), 'Vinicius & Odette Lara' (1963), 'Os Afro-Sambas' (1966), 'Como Dizia O Poeta Musica Nova' (1971) and 'Gravado Ao Vivo No Canecão' (1977).