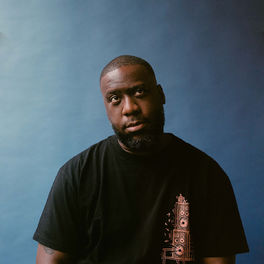 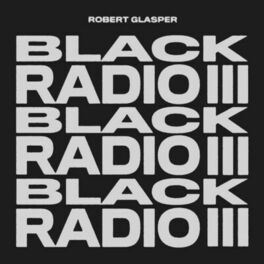 Better Than I Imagined

Better Than I Imagined (KAYTRANADA Remix)

Everyone but you (re-fix)

People Get Ready (From "I Can't Breathe / Music For the Movement")

Take Me I'm Yours

Jazz And The New Songbook: Live At The Madrid

Born April 6, 1978, in Houston, Texas, Robert Glasper is a jazz pianist renowned for his versions of iconic jazz standards and his gift for innovative collaborations with hip-hop artists such as Kendrick Lamar and Common. Robert Glasper learned to play the piano as a child and attended the High School for the Performing Arts in Houston. He formed The Robert Glasper Trio and released an album titled Mood in 2004 followed by three solo albums: Canvas (2005), In My Element (2007) and Double Booked (2009). In 2012, he released the critically acclaimed Black Radio album, following it a year later with Black Radio II. Robert Glasper wrote the music and three original numbers (two with the director) for the Grammy-winning soundtrack to Don Cheadle's biopic Miles Ahead which went to Number Six on the Billboard Jazz Albums Chart in 2016. To mark what would have been trumpet great Miles Davis's 90th birthday later that year, Glasper produced the album Everything's Beautiful with remixes of Davis's recordings. The album topped the Jazz Albums Chart. On Blue Note All-Stars: Our Point of View (2017), Robert Glasper co-produced the album with Don Was and performed with trumpeter Ambrose Akinmusire, saxophonist Marcus Strickland, singer / guitarist Lionel Loueke, bassist Derrick Hodge and drummer Kendrick Scott. The album went to Number 10 on the Jazz Album Chart. In 2019, he teamed up with Affion Crockett on his controversial track “Fuck Yo Feelings”, which was featured on the album of the same name. In 2022, he issued the long-awaited Black Radio III, which featured appearances by Killer Mike, Q-Tip, Jennifer Hudson, India Arie, Ty Dolla Sign, Common, Lalah Hathaway, and many others.