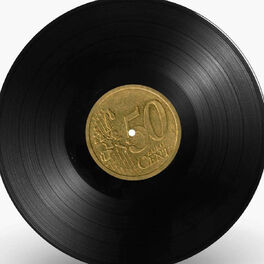 My Contribution to the Global Warning - Unreleased Tracks 2006-2011

My Contribution to the Global Warning - Unreleased Tracks 1992-2005

Etienne de Crécy is a key figure of the international electronic scene. During his 20-year rise to the summit, the French producer has cut some of the world’s most influential electronic albums: Pansoul (with Philipe Zdar under the name Motorbass), Super Discount, Tempovision and Super Discount 2. He has also made around 30 EPs and done some 40 remixes for artists such as Kraftwerk, Air, Moby, Lil’ Louis and Zombie Nation. As well as being recognised for his versatile and potent productions, Etienne de Crécy is also a keen DJ who is always a hit with the crowd and his live shows with the giant Beats’N’Cubes structure swept all before them on five continents. In 1990, 21-year-old Etienne de Crécy was working at +XXX studios in Paris. He was assistant sound engineer on MC Solaar’s track Bouge de là, which he worked on with Philippe Zdar (one half of the future Cassius). The two men quickly realised they were on the same wavelength. Both of them were fans of music and new sounds and they discovered techno together, went to the first Parisian raves and launched the adventure that was Motorbass. After making several outstanding EPs in 1993/4, legendary duo Motorbass released their Pansoul album in autumn 1995. A few months later Daft Punk’s Homework arrived. These two albums were the cornerstones of the emerging French Touch, the wave of electronica that put Paris firmly at the centre of the musical map. Full of torrid and intoxicating beauty, Pansoul was the embodiment of a sound with its roots in funk, bringing a touch of colour to techno and mingling in some 90s electro-soul. The critics went wild and the British press loved it. The album was one of the most beautiful albums of its time and has become a classic. In 1996 Etienne de Crécy launched the Super Discount project.On this memorable album, bursting with a euphoric and mischievous brand of out-and-out house, he crafted most of the tracks under a range of pseudonyms and also invited his friends Air, Alex Gopher and Mr Learn. Just like Motorbass’s Pansoul, this fresh and spontaneous sounding record imposed itself as one of the driving forces behind the French Touch and set the standard for electronic music in France and around the world. The album also launched Solid, one of the first French electronic music labels, which was set up by Etienne de Crécy, Alex Gopher and Pierre-Michel Levallois. Solid went on to bring out dozens of EPs and a dozen albums (Etienne de Crécy, Alex Gopher, Cosmo Vitelli, Wuz, etc.). The album Super Discount announced the birth of the collaboration between Etienne de Crécy and the H5 graphic design agency. The simple graphics on the sleeve for Super Discount made a powerful and universal statement. As a producer, Etienne de Crécy often likes to hide behind an imaginary world, a concept, visuals and a range of graphic styles and leave the music to do the talking. In 2000 the album Tempovision was the crystallisation of a digital and futurist kind of soul music inspired by our everyday confrontation with the cathode-ray screen. Etienne de Crécy, the perpetual trailblazer, used this disc to break the shackles of pure house music, delve deep into dub and come up with a hypnotic sound helped by American vocalists Belita Woods and Michael ‘Clip’ Payne. The record rode on the back of video animations directed by Geoffroy de Crécy, top-flight 3D animator who also happens to be Etienne’s brother (the video for the single Am I Wrong won a Victoire de la Musique award). This album showed Etienne de Crécy once more reinventing the French Touch style, both flying the flag and differentiating himself in order to explore new musical territories. His talent lay in his ability to keep trying out something new and avoid recipes and repetition. Etienne de Crécy revived the Super Discount project in 2004, but the second volume was musically nothing like the first, made eight years previously. Electronic music had moved on and Super Discount 2 plunged into a radical world of electro-techno. On this new volume, which he made and produced on his own, Etienne de Crécy invited his friends Philippe Zdar and Boom Bass (Cassius), DJ Mehdi, Alex Gopher, Julien Delfaud and Mr Learn. This disc reproduced the freshness and the spontaneity of the first volume, while also unleashing some real dancefloor energy. From 2004 to 2006 Etienne de Crécy toured with the Super Discount 2 project. He did the live shows with Alex Gopher and Julien Delfaud. All in all, the trio performed about a hundred times throughout Europe, in Australia and Brazil, at major rock and electro festivals and in the very best techno clubs. That three-year tour gave Etienne de Crécy an appetite for playing live. So he came up with the idea for a new project, which went on display for the first time at the Transmusicales de Rennes in late 2007. Baptised Beats’N’Cubes, it was a genuine live show played entirely on machines and without a laptop. It was utterly innovative and Etienne de Crécy developed dynamic, crunchy electro-techno textures mixed with dirty, grating sounds bursting with distortion. This peculiar, original live show came into its own in the visually impressive set design imagined and designed by the Parisian collective 1024 Architecture. Standing alone in a giant 6 metre by 6 metre cubic structure and bombarded with original video projections, Etienne de Crécy took the pulse of the new electronic generation over a series of performances all over the world. In four years the Beats’N’Cubes live show was presented about a hundred times on all five continents, mainly at festivals – Europe (Vieilles Charrues, Rock en Seine, Dour, Summercase, Standon Calling, Global Gathering, Creamfields, Pukkelpop), the United States (Coachella, All Points West), South America (Creamfields Brazil, Mix Beat Mexico), South Africa, Asia (Korea) and Australia (Future Music Festival). The Beat’N’Cubes live show, which now consists entirely of original tracks, is a laboratory. Etienne de Crécy includes specially produced new pieces that feed off the assembled energy of the crowd. A unique experience!