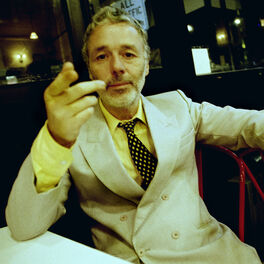 I'm Not Your Dog

Carla's Got A Boyfriend

Miami (Parrot And Cocker Too Remix)

The son of the great British post-punk icon Ian Dury, Baxter shares his father's songwriting talent and eclectic taste in music. A rebellious youth who grew up surrounded by bohemian musicians, he was often looked after by a hard-living roadie friend of Ian's nicknamed the Sulphate Strangler and is pictured at the age of six on the cover of the Ian Dury And The Blockheads album New Boots And Panties (1977). He didn't start writing songs until his late twenties, though, and signed a deal with Rough Trade in 2001 - a year after his father's death. His debut Oscar Brown EP was named Single of the Week by NME, before he worked with Portishead and Richard Hawley on debut album Len Parrot's Memorial Lift (2002). A natural storyteller with an eye for eccentric everyday characters, his follow-up Floor Show (2005) was a more confessional and spectral record telling of heartbreak whilst swelling with near orchestral atmospherics. He worked closely on the film Sex And Drugs And Rock'n'Roll, telling the story of his relationship with his father, before returning with the more upbeat third album Happy Soup (2011).