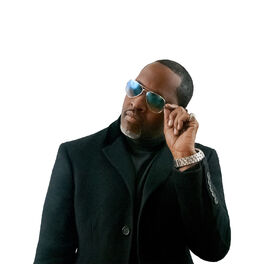 Soul of a Woman

Motown: The Complete No. 1's

The Best of Shabba Ranks

All The Number Ones

As part of US boy band New Edition, Johnny Gill helped craft the group's swaggering brand of soulful urban pop and was a central figure as they scored a string of big hits in the 1980s and '90s, before he went on to enjoy success as a solo artist.

The son of a baptist minister, Gill grew up singing in church choirs and school glee clubs in Washington DC. He released his self-titled debut album for Atlantic Records in 1982 when he was just 16 and went on to team up with school friend and established teen starlet Stacy Lattisaw for their duets album 'Perfect Combination'. As a result he was invited to replace Bobby Brown in the established boy band New Edition in 1987 and together they made the US top ten with singles 'If It Isn't Love', 'Hit Me Off' and 'I'm Still in Love With You'. They also had huge success with the albums 'Heart Break' and the chart topping 'Home Again', giving Gill's emergent solo career a massive boost.

His third album - also self-titled - made it to number eight in the US in 1990 and hit singles 'Rub You The Right Way' and 'My, My, My' tapped into the raunchy, stylish new jack swing style of the time. His follow-up album 'Provocative' also fared well in 1993, and he went on to form the supergroup LSG with Keith Sweat and Gerald Levert before taking a lengthy hiatus. He eventually returned in 2011 with a more romantic, crooning style on his album 'Still Winning'. Gill also tried his hand at acting with cameos in television sitcom 'Family Matters' and on stage in the play 'A Mother's Prayer', and in 2014 released his seventh solo album 'Game Changer'.