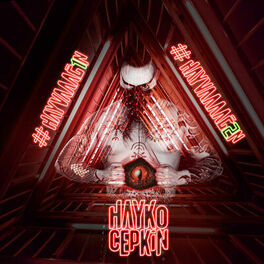 by Kubilay Aka, Hayko Cepkin

Hayko Cepkin is one of the best-known singer and musican in Turkey. He was born in 1978 in Istanbul. The foundation of his musical career began after high school with his 2 year musical education at the Mimar Sinan University which was then followed by 2 years at the Timur Selçuk school of music. All was set into place after he studied another year of piano at Akademi Istanbul. In 1997 he started off his professional career as a keyboardist for some of the biggest names in the Turkish alternative music scene. Names such as Ogün Sanlisoy, Aylin Aslim, Koray Candemir and Demir Demirkan are only some of them. In 2005, his (home recorded) debut album 'Sakin Olmam Lazım' was released. Hayko Cepkin returned with his brand-new album “Sandik”. It was release in February of 2010. Made up of 9 songs, Cepkin penned the lyrics and arranged all of the songs on the album. Featuring a much harder & mature sound than the previous albums “Tanisma Bitti” and “Sakin Olmam Lazim”. The album focuses in on individual phobias and the fear of dead. Having worked with well-known rockers like Demir Demirkan, Aylin Aslim, and Koray Candemir, Cepkin got his first taste of solo success through performances at Roxy Music Days(one of the most successful music competition in Turkey). Following his first two music videos (from his first album "Sakin Olmam Lazım") Yarasi Sakli and Gormuyorsun, Cepkin’s 3rd video Firtinam shot to the top of the music video charts. In his second album “Tanışma Bitti” (“The Meeting Phase Is Over”) points to the fact that Hayko Cepkin will no longer compromise and there were 6 videos released from this album. First one is "Yalnız Kalsın" the second one is "Bertaraf Et" - which performed with heavier guitar rifs and more brutal vocals- ,"Melekler", "Kaos", "Oluyorum" and the latest one is "Siki Tutun". His 3rd album “Sandik” showed that Hayko Cepkin’s alternative metal sound positioned him among the most popular and provocative to emerge during Turkey’s altrnative music era. “Yol Gozumu Dagliyor” is the first single of the album and the video was taken for this song. His latest album “Aşkın Izdırabını...” was released on November 12th, 2012. First single of this album is ‘Paranoya’.