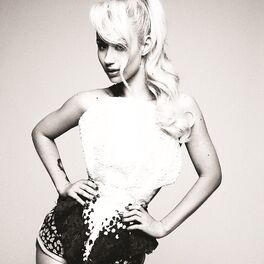 Girl Power by The Pussycat Dolls

Rapper Iggy Azalea was born in Australia in 1990 with the birth name Amethyst Amelia Kelly. She moved to America at the age of 16 in an effort to further her chosen career as a rap artist, adopting a heavily stylised deep southern accent during her performances and changing her name. After performing initially with the Dungeon Family, an Atlanta based hip-hop group, she moved to Los Angeles and began to concentrate on her solo career.

Although her career has been hampered by numerous broken promises of album release dates and accusations of exploiting a southern black persona to promote her career, Iggy Azalea has built a successful US fan base. To date she remains the only artist since The Beatles to have songs simultaneously at number one and two in the Billboard charts. She has won several awards and been nominated for countless more, with only two albums to her credit - 2014's 'The New Classic' and the 2019 release 'In My Defense'. The first single from her second album, titled 'Sally Walker', only reached number 62 in the Billboard Hot 100 with its controversial lyrics about a girl who gets hit by a car. The follow-up single, 'Started', fared better, reaching number 12 in the UK Independent Singles Chart.