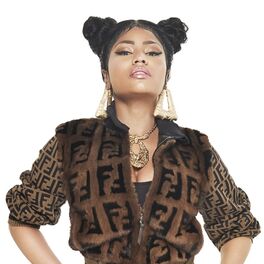 What That Speed Bout!?

What That Speed Bout!? (Instrumental)

Of Trinidadian and Indian descent, Nicki Minaj was brought up by her grandmother in Trinidad until she was five when her mother took her to New York. Despite a torrid childhood raised by parents who were constantly fighting, Minaj quickly revealed her musical talent, playing clarinet and winning a place at LaGuardia High School specialising in music and performing arts. In her teens she started making mixtapes, confirming her potential which was realised when she won Female Artist of the Year at the 2008 Underground Music Awards. The single Massive Attack created further interest as she became the subject of a major label bidding war before she crossed into the mainstream with Your Love, which sampled Annie Lennox's No More I Love You's and reached Number 14 in the US charts. It also made its mark in other parts of the world and in 2010 Minaj became the first female artist to top the Billboard Rap Charts for eight years, holding the top spot for eight weeks. This was followed by a second hit Right Thru Me before the release of debut album Pink Friday claiming to represent all females involved in rap music; and including a notable collaboration with Eminem on Roman's Revenge featuring their respective alter-egos Roman Zolanski. and Slim Shady. Artist biography compiled by BDS/West 10. All rights reserved