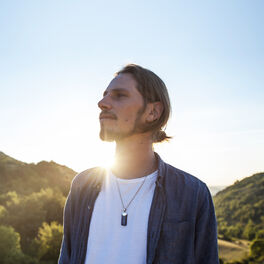 Time Is to Rebel

I Shall Be Released

In a few years, Naâman took a major place on the European Reggae. A certified gold record in his luggage, more than 500,000 cumulative followers on streaming platforms and more than 100 million views on his various clips, it is between India and the France that the native of Normandy now lives. In 2017 Naâman released his 3rd album «Beyond» with which he chose to be fully inde- pendent and created his own label Big Scoop Records. On its release, this first self-produced album ranked 5th on the Top Itunes and has already sold more than 25,000 copies. With this album, Naâman goes further in his musical aspirations by crossing his original reggae vibe with soul, latin and Caribbean rhythms. Because music has no borders, he claims it all over the world. He started in Jamaica, recording his first Deep Rockers album, Back A Yard (2013), at Harry J Studio. He continued alongside the release of his second album Rays Of Resistance (2015), with a tour going from Budapest to Kingston, from Moscow to Paris, counting more than three hundred dates. He pursues with Beyond The Tour (2018-2019) which takes him to the Pacific Ocean, South Africa, Australia, New Zealand, also passing through the most beautiful European stages as Rototom Sziget, BoomTown, Rototom ... His latest release, « Time is to Rebel » (September 16th), spreads an optimistic message calling for a pacific rebellion. He comes back with « Lucky Day » on December 11th, an intimate track in which he delivers a beautiful friendship story. A guitar arpeggio, a few marimba notes, a powerful bass, dancing will come naturally while enjoying Naâman’s sweet voice. A personal song soothed by a sweet melancholy, he even offers a few words in French. A tribute, a hymn, a token… Naâman dedicates his song to his friend, his guide, his brother… A personal message and yet universal, we all have a friend to thank.