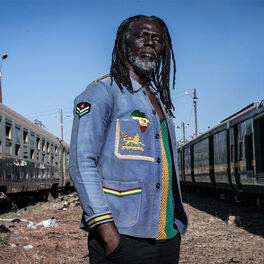 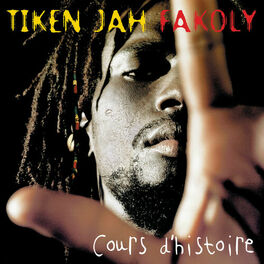 Using music to comment on the ills of African society, Tiken Jah Fakoly from the Côte d'Ivoire became one of reggaes greatest and most contentious stars, his social commentaries not always meeting with the approval of the authorities. Growing up a Muslim, he discovered reggae early through listening to Bob Marley and fellow Côte d'Ivoire singer Alpha Blondy and formed his first group Djelys in 1987, going on to write songs that reflected the country's social history, politics and contemporary events. He was particularly acclaimed in 1993 for a song about the death of Félix Houphouët-Boigny, the tribal leader who served as the Côte d'Ivoire's first president for over 30 years. It was an uncompromising approach that gained him a big following both at home and abroad although his more extreme protest songs about social injustice, speaking up for the oppressed and addressing the problems in African society, upset many along the way. After receiving death threats he decided to leave Côte d'Ivoire and in 2003 moved to Bamako, Mali.

However, the move didn't mellow the messages in his songs and he was subsequently banned from entering Senegal for criticising President Abdoulaye Wade and saying at a news conference that he should resign, but as his fame spread, he went further afield to work and record with other people such as Steel Pulse, Abadou & Mariam and Dub Incorporated. He also made a couple of film appearances and recorded numerous records, marketed primarily in Africa but which have proved highly popular in French-speaking countries, including 'Les Djelys' (1993), 'Missiri' (1994), 'Mandercratie' (1996), 'Cours d'Histoire' (1999), and 'Le Chaméléon' (2000). The award-winning 'Françafrique' (2002) and 'Coup de Gueule' (2004) were both recorded at the famous Tuff Gong Studios in Jamaica. He went on to become Africa's biggest-selling artist, remaining in the World Music Charts for several months with his 2007 album 'The African'.

Recording in authentic reggae style in Jamaica while using African instrumentation certainly created a fresh approach to the music and his 2015 album 'Racines' took it a step further by using an impressive selection of guest artists including Sly Dunbar and Robbie Shakespeare, U Roy and Max Romeo, and even duetting with Ken Boothe on a cover of Boothe's 1973 hit 'Is It Because I'm Black?'