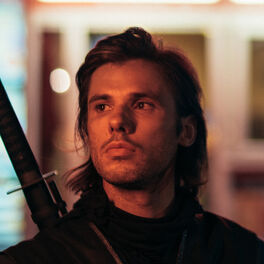 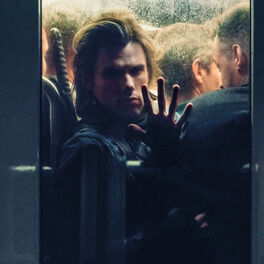 by The Toxic Avenger, Orelsan

OrelSan lets us know as soon as we glimpse the cover of his third album – La Fête Est Finie – who he has been for nearly ten years now: a big hitter on the French rap scene who goes against the genre's trends, a fan of mangas, and someone whose disenchanted gaze upon his everyday life has propelled him to the pinnacles. More than just a rapper, over the last few years OrelSan has transformed into a fully-fledged artist, curious about the world and keen to try his hand at everything – be it music, fashion or cinema. So, the Normandy-born artist has spent the last six years becoming a director, an actor and a designer – while keeping one foot in rap. First by releasing two albums (both of which went platinum) under the alias Casseurs Flowters with Gringe, then by creating Avnier, his own line of clothing (he subsequently worked with Umbro), and then finally by turning his attention to both the small and the big screen with his first film – Comment C’est Loin – which was well-received by the critics and seen by more than 250,000 people in cinemas – followed by the mini-series Bloqués for Canal+ French TV channel. He hovers somewhere between music and film – something which is out of place on the French rap scene, and which is particularly felt on this new record. With already over 500,000 copies of « La fête est finie » sold and 3 French music awards this year (including best male artist), OrelSan is definitely the French sensation you don’t want to miss.