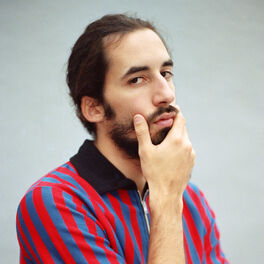 With more than 100 million views on his YouTube channel and a number one album to his credit, the French rapper Antoine Valentinelli, aka Lomepal, is one of the most significant talents to emerge from the French hip-hop scene in recent years.

His critically-acclaimed debut album 'Flip' was released in 2017 and reached the top 30 in the French charts, helped by his punishing schedule of live shows with over 100 performances played during the course of that year. The hard work was rewarded when the album was certified double platinum and paved the way for the follow-up 'Jeannine' which came out in late 2018. 'Jeannine' was launched against a backdrop of positive reviews in the French music press and topped the charts in France, firmly establishing Lomepal as one of France's premier hip-hop exponents. In October 2019 he released 'Amina', a renamed deluxe version of 'Jeannine' containing the entire album plus extra tracks.