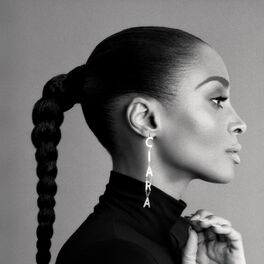 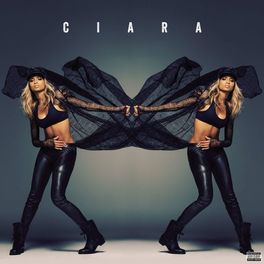 Get Up EP (feat. Chamillionaire)

DVD Bonus Audio (from Goodies. The Videos and More!)

So What (Album Version, Edited)

Ciara Princess Harris was born in Austin Texas, but because of her father's army career spent her early years living in various countries until the family finally settled in Atlanta, Georgia. As a teenager Ciara enjoyed a stint in a girl group before going solo when she met producer Jazze Pha and she began to write songs. Her career took off when she co-wrote her breakthrough single Goodies with Sean Garrett and it was heard by producer Lil Jon. Released in summer 2004, Goodies reached the top of the Billboard 100 and Ciara's self-titled debut album followed later that year, selling more than five million copies worldwide. She started collaborating with other artist/producers, most notably Missy Elliot on the single 1, 2 Step and with Ludacris on Oh, and both reached the upper echelons of the US chart. In late 2006, Ciara released her second album The Evolution and while it topped the R&B chart, its performance fell short of her first, despite the album's singles Get Up, Promise and Like A Boy all proving top 20 hits. She returned to collaborations for her third effort Fantasy Ride (released mid 2009), hooking up again with Elliot and Ludacris as well as Justin Timberlake and Chris Brown.