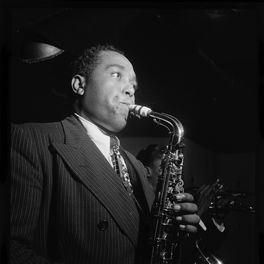 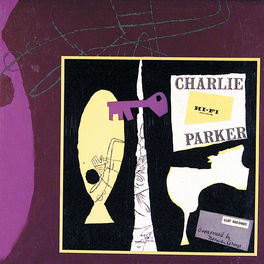 Work From Home with Charlie Parker

One Night In Washington

Devoting My Time to You

One of jazz's most legendary figures, saxophonist Charlie Parker - or Bird as he was affectionately known - was an iconic figure of the Beat Generation who helped change the course of jazz with the creation of a new "bebop" style. The son of an alcoholic pianist and singer, Parker first started playing sax at the age of 11 and by the time he was 14, he was playing in a school band. Inspired by Kansas based groups led by Count Basie and Bennie Moten, Parker practiced constantly, going on to join Jay McShann's band playing night clubs, where his exceptional talent was first noted. Moving to New York in the early 1940s he played with Earl Hines and, in after-hours clubs in Harlem, worked with other brilliant young musicians like Dizzy Gillespie, Thelonious Monk and Kenny Clarke. In this environment the bebop movement evolved using a free style that broke the previously rigid concepts of jazz. It was several years before this new style was adopted by the wider jazz world but caught people's imaginations in 1945 when Parker led what became known as "the greatest jazz session ever", recording classic tracks like Ko-Ko, Now's The Time, Blues For Alice and Billie's Bounce. The Parker-Gillespie partnership gained immense popularity but, addicted to heroin since his teens, Parker's health deteriorated and his behavior became more and more erratic. He still played brilliantly, however, creating classic tracks like Lover Man and Bebop and the albums Ornithology, Charlie Parker On Dial Volume One and Charlie Parker With Strings were highly acclaimed. Eventually his drug addiction destroyed him and he died in 1955 at the age of 34.