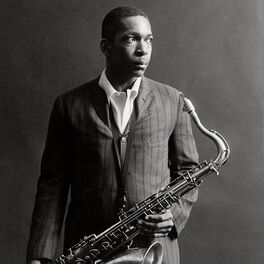 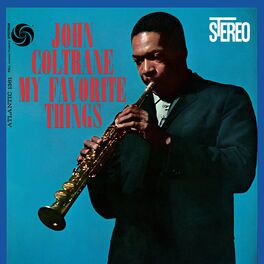 A Love Supreme: Live In Seattle

Both Directions At Once: The Lost Album (Deluxe Version)

A Love Supreme: The Complete Masters

Impulse! 60: The Best of Impulse Records

John Coltrane – born in Hamlet, North Carolina on September 23, 1926 – is a legendary figure in the world of jazz, John Coltrane's saxophone playing and inventive free-form style made him one of the genre's most influential players. Born in North Carolina, he moved to Philadelphia after graduating from high school, he joined the U.S. Navy. Once he was discharged in 1945, John Coltrane started playing professionally in bars. Honing his craft as a side man to Thelonious Monk and Miles Davis, his visionary style was established on classic second album Blue Train (1957) and he scored an unexpected hit in 1961 with a version of “My Favorite Things” from the Rogers and Hammerstein musical The Sound of Music. The track went on to become Coltrane's signature tune as he pushed the boundaries of avant-garde jazz and produced the landmark albums Giant Steps (1960), A Love Supreme (1965) and Ascension (1966). He died aged only 40 in 1967 from liver cancer but stands as a groundbreaking artist who created so-called ribbons of sound and still continues to influence generations of musicians including his son Ravi, who himself became a jazz saxophonist. Since his death, hundreds of compilations have been released containing classic, rare, live, and previously unreleased recordings. The albums that he released during his lifetime have been reissued numerous times including remasters, expanded editions, and colored vinyl pressings. One of the most significant finds in recent history was a live recording of the Love Supreme suite that was recorded in Seattle on October, 2, 1965. The band on the album features the Classic Quartet with Pharoah Sanders in his first official gig as part of Coltrane's group. The album A Love Supreme: Live in Seattle was released in 2021.