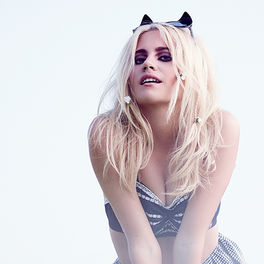 What's Love Got to Do With It

On Top of the World

From The Inside Out

A graduate of the Italia Conte Performing Arts School, Pixie cut her teeth in the West End musical Chitty Chitty Bang Bang before her demos caught the ear of top American producer LA Reid (the man responsible for Mariah Carey, Usher and Pink) when she was just 15. After a crazed record company bidding war, a formidable Myspace following helped send debut single Mama Do (Uh Oh, Uh Oh) straight to the top of the UK charts in June, 2009. The sassy, soul pop hit made it to BBC Radio 1's A-list and spent nine consecutive weeks in the Top 40. Second single Boys and Girls repeated the triumph, topping the charts in September, 2009, before album Turn It Up entered at No 6. Between dominating the pop world and parading around in a pair of hot-pants that put Beyoncé and Kylie to shame, Pixie also found time to pen a song for Alexandra Burke's debut album Overcome.