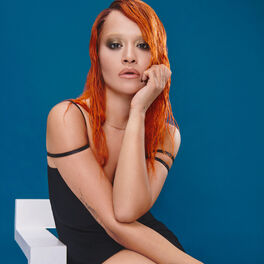 How To Be Lonely (The Remixes)

I Will Never Let You Down (Remixes)

How To Be Lonely (Bomba Estéreo Remix)

How To Be Lonely (aboutagirl Remix)

How To Be Lonely (Sam Feldt Remix)

How To Be Lonely (LARI LUKE Remix)

How To Be Lonely (MÖWE Remix)

Born in former Yugoslavia (now Kosovo), Rita Ora grew up in London and, showing her talent for singing at a young age, studied at the Sylvia Young Theatre School. It led to a part in the movie 'Spivs' and she made her first recording singing with Craig David on his track 'Awkward', followed by 'Where's Your Love' with Tinchie Stryder. Ora then began appearing in clubs in her own right and went on to star with Jay-Z in his video for 'Young Forever' and in the video for 'Over' by Drake. Jay-Z subsequently signed her to his Roc Nation label and she worked with DJ Fresh on 'Hot Right Now' which rocketed to number one in the UK on its release in 2012. Subsequent singles 'How We Do (Party)' and 'R.I.P.' featuring Tinie Tempah, followed suit, while her debut album 'Ora' - on which she worked with will.i.am, Kanye West and Stargate - topped the UK Album Charts. By then such was the strength of her popularity and personality that Ora became a guest judge on the ninth series of the UK TV show 'The X Factor'. She began working on her second album in 2013, releasing its first single 'I Will Never Let You Down' in 2014. The single debuted at number one in the UK, her third single to do so. She featured on Iggy Azalea's single 'Black Widow' which earned her a number four and countless awards, as well as breaking the top five of the Billboard Hot 100. She was nominated for an Academy Award for her song 'Grateful' which appeared in the film 'Beyond the Lights'. In 2015, still under contract with Roc Nation, she filed for early release citing that she had only been allowed to release one album in seven years. After a counter-lawsuit for breach of contract, Ora and Roc Nation settled in 2016. She later signed a new deal with Atlantic Records and released a new solo single 'Your Song' which became her ninth top ten UK single. Her second album is still unreleased with a date set for 2018. Artist biography compiled by BDS/West 10. All rights reserved