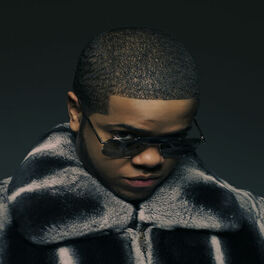 League of My Own II

by Chubbs The Dreamer, Esther, Chip

Born Jahmaal Noel Fyffe on 26 November 1990, Chipmunk grew up on the St. Anne’s estate in N4 spending his days between Finsbury Park and Tottenham. An aspiring rapper, he released his first mixtape, ‘Whatever The Weather’ at 14 years-old. His second release, ‘Whatever The Weather: Volume 2’ captured the attention of Grime Godfather Wiley and his third, 2007’s ‘A League Of My Own’ featured production from Wiley, Bless Beats and Balistiq plus fun Hip Hop covers. An ability to combine pop hooks with street-smart savvy saw the engaging lyricist quickly capture the attention of kids all over the UK and solidified Chipmunk as one of the underground scene’s most skilled songwriters. Despite still being unsigned, the then 17 year-old rounded 2007 out with over 1m plays on his MySpace page, over 2million hits on YouTube, a MOBO Award for Best Newcomer, an Urban Music Award for Best Newcomer and a nomination for Best UK Rapper at the American BET awards. Once independently breaking into the UK Top 40 Chart with ‘Chip Diddy Chip’, the then-teen signed a deal with Sony in early 2009, and released ‘I Am Chipmunk…’ later that year. The No.2 album went platinum and spawned four top 10 hits; ‘Diamond Rings’, produced by then unknown Naughty Boy and featuring a similarly unknown Emeli Sandé. Another MOBO award and a No.1 single with ‘Oopsy Daisy’ followed by ‘Look For Me’ produced by Harmony Samuels. “I Am…’ sold 600,000 copies, closing the campaign on a huge high. Even more impressive is that this was all achieved while the 18 year-old was studying for his A-levels – which he passed with flying colours. After a frantic year of festivals, exams, hit singles, a sold-out tour, and countless awards, acclaim and accolades, Chip became one of the UK’s most famous rappers, leading the Sun’s ‘Braaaap Pack’ campaign, before being immortalized as a figure in McDonald’s Happy Meals. After this success of ‘I Am Chipmunk…’, Chip moved towards his Urban roots for his second album, ‘Transition’. The Hip Hop led follow-up saw him transform from teenager to young adult, taking listeners into the mindset not just of Chipmunk, but Jahmaal Noel Fyffe. Many of 'the album's high profile collaborations were orchestrated by Chipmunk himself; he grew up with Wretch 32, met Keri Hilson at the MOBO's and reached out to Chris Brown through a mutual producer friend. Also heavily involved in producing the album, in many respects Chipmunk A&R'd his own record. Despite a No.2 single (the Chris Brown featuring ‘Champion’ sold just under 100,000 copies in its first week), and a No.10 album position, the album underperformed (by major label standards) and Chip decided to part ways with Sony in order to change direction, both professionally and personally. He went to live in Atlanta for a year, where after making the right connections, he signed to T.I.’s Grand Hustle, alongside B.o.B and Iggy Azalea. In 2013, while still in Atlanta, he dropped the DJ Drama hosted ‘London Boy’, a free mixtape that had in excess of 100,000 downloads in a week.