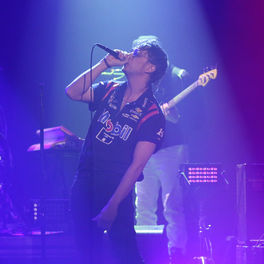 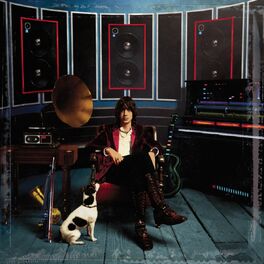 by The Lonely Island

VINYL: THE ESSENTIALS: BEST OF SEASON 1

Off the beaten Christmas track

Julian Casablancas is an American singer-songwriter most famous as the lead singer and songwriter of the rock band The Strokes, which he formed in 1998 with childhood friends Nikolai Fraiture, Nick Valensi, Albert Hammond Jr. and Fabrizio Moretti. The band had enormous success and in 2009 Casablancas released his first solo album, 'Phrazes for the Young', which went to number ten on Billboard's Alternative Albums Chart, number 12 on the Top Rock Albums Chart and number 35 on the Billboard 200. He featured on Daft Punk's 'Instant Crush' (2013), which reached number 20 on the Hot Dance/Electronic Songs Chart. The track is on Daft Punk's album 'Random Access Memories' which debuted at number one on the Billboard 200 and won the Grammy Award as Album of the Year. He has collaborated with several other artists and in 2014 he released a second album 'Tyranny' with a back-up band called The Voidz on his own label, Cult Records.