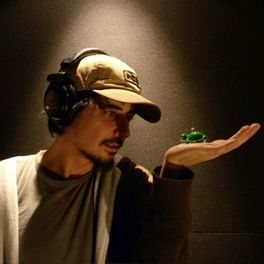 The World As We Know It

by Only Child Tyrant, Amon Tobin

Fear in a Handful of Dust

In the head of... Felckin

A Fragmented Love Story, Written By The Infinite Helix Architect

Amon Tobin’s role in electronic music innovation cannot be understated. In a career spanning over 20 years, his long-established reputation for musical ingenuity is unconfined by genre and he remains one of the most visionary electronic artists of his generation. In 2019 Amon launched Nomark Records to release his own work alongside a variety of aliases: Figueroa, Two Fingers, Only Child Tyrant, Stone Giants, Paperboy and the much loved Cujo. The Brazilian-born UK-raised producer has created some of the most important, era-defining records of his time, setting a pace of sonic exploration and musical adventurism that has helped to shape much of what has come since. Beginning in 1996 with Adventures in Foam the distinctive otherness of sound, which Tobin inhabited, was revealed. The musical and technological development of his production ideas through albums like Bricolage, Permutation, Supermodified, and Foley Room culminated in 2011’s ISAM album. The pioneering use of projection mapping in a live performance, saw the landmark ISAM shows being rightly hailed around the world, from the Sydney Opera House to the Olympia in Paris to the Roundhouse in London, and many international festivals including Sonar, MUTEK, and Moogfest.