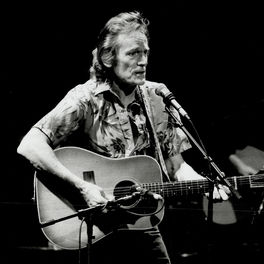 HITS OF THE 60s by uDiscover

The A Word Playlist (BBC One)

Dylan, Cash, and the Nashville Cats: A New Music City

Music From The Motion Picture Wonderland

Iconic Canadian singer-songwriter Gordon Lightfoot, who has been performing since the 1960s, is regarded as a national treasure in his homeland and heralded as one of the finest folk singers the world over. He has won 17 Juno Awards in Canada and earned five Grammy Award nominations for his 20 album releases. Albums and singles have topped the American charts and his songs have been recorded by a glittering array of artists including Elvis Presley, Bob Dylan, Johnny Cash, Jerry Lee Lewis, Judy Collins, Barbra Streisand, Harry Belafonte, Glen Campbell and Eric Clapton. His greatest hit single, 'Sundown', topped the Billboard Hot 100 and the Adult Contemporary Chart in 1974 and the album with the same name was number one on the Billboard 200.

Born in Southern Ontario, he sang in church, studied piano and voice as a child and sang in a local folk group. After high school, he moved to California and studied at the Westlake College of Music. Back in Canada, he joined the house band on television series 'Country Hoedown' and linked with Terry Whalen in a duo called The Two Tones. Following a stint in England where he hosted a BBC series titled 'The Country & Western Show', he recorded a pop single in Toronto, 'Remember Me (I'm the One)' and, influenced by Bob Dylan and the folk wave, he began to write his own songs. Peter, Paul & Mary had a hit with his song 'Early Morning Rain' and Marty Robbins struck gold with 'Ribbon of Darkness'.

His album 'Sit Down Young Stranger' went to number 12 on the Billboard 200 in 1971 and the single 'If You Could Read My Mind' topped the Adult Contemporary Chart making number five on the Hot 100. His other hits included 'Talking in Your Sleep', 'Carefree Highway', 'Rainy Day People', 'The Wreck of the Edmund Fitzgerald', 'Race Among the Ruins', 'Daylight Katy', 'The Circle Is Small (I Can See It in Your Eyes)', 'Baby Step Back' and 'Anything for Love'.

Lightfoot has had to fight poor health at various times during his career including Bell's palsy in the early 1970s, a ruptured abdominal aortic aneurysm in 2002 and a minor stroke in 2006. He survived them all and he continues to perform and record including 60 shows a year at Canada's National Arts Centre in Toronto. He toured the UK in 2015 and his 2018 schedule takes him through Florida, Georgia, Texas, Arizona and California before returning to Toronto.