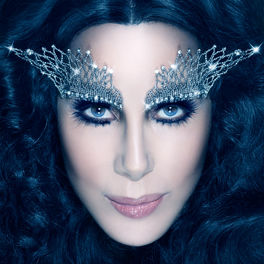 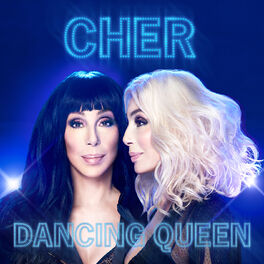 Love One Another EP (Remixes)

All Or Nothing EP (Remixes)

Closer to the Truth (Deluxe Edition)

Closer to the Truth

The Music's No Good Without You

Mamma Mia! I & II Soundtrack - The Complete List - All Songs

Songs For The Car

Having met Sonny Bono at the age of 17, Cher first emerged in the duo Caesar & Cleo before renaming themselves Sonny & Cher, and going on to enjoy success with their hippy look and hits such as 'I Got You Babe' in 1965. Although she was married to Bono, Cher attempted to maintain a solo career during this period with hits such as 'Bang Bang (My Baby Shot Me Down)' in 1966 and 'You Better Sit Down Kids' in 1968. But it was a few years before she saw commercial solo success, having had to handle the collapse of her creative partnership with Bono when they divorced in 1974, but she came back with 1971's 'Gypsies, Tramps & Thieves'.

In 1979 Cher made a move into disco with album 'Take Me Home', then turned into heavy rock with 'Black Rose' a year later. This proved a flop and so she turned to acting, appearing in a string of classic eighties movies and winning an Academy Award for her performance in 'Moonstruck' in 1987. Her recording career picked up again at the end of the decade with the parallel resurgence of soft rock and she churned out power ballads such as 'I Found Someone' and 'If I Could Turn Back Time' from 1989's 'Heart of Stone' album.

Since the nineties Cher has undergone several re-incarnations from dance-pop queen with her biggest-selling hit 'Believe' in 1999 through to residency at Caesar's Palace in 2009. In 2010 she starred in 'Burlesque', her first musical film, from which she released 'You Haven't Seen the Last of Me' which charted at number one in the Billboard Dance Club Songs Chart. This achievement made Cher the only artist to have had a number one Billboard single in every decade from the 1960s to the 2010s and she showed no signs of slowing down. Her 25th album, 'Closer to the Truth', was released in 2013 and embarked on her Dressed to Kill tour in 2014. Shortly after, she announced her Classic Cher Las Vegas residency consisting of 87 dates over two years.

In 2018 Cher returned to the big screen for 'Mamma Mia! Here We Go Again', the sequel to the 2008 film 'Mamma Mia!'. In the film she plays the grandmother of lead character Sophie and performs classic Abba tracks 'Fernando' and 'Super Trouper'. Inspired by the film, Cher released an album of Abba covers titled 'Dancing Queen' in 2018.