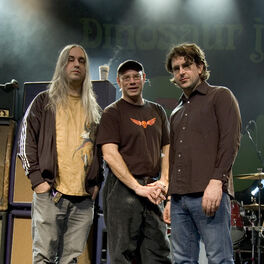 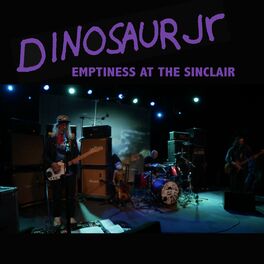 Emptiness at The Sinclair

You're Living All Over Me

Give a Glimpse of What Yer Not

Sweep It Into Space

Where You Been (Expanded & Remastered Edition)

Without a Sound (Expanded & Remastered Edition)

Live In The Middle East

Ciao My Shining Star - The Songs of Mark Mulcahy

The Best Of Del Tha Funkee Homosapien [The Elektra Years]: The B-Boy Handbook

by Del the Funky Homosapien

Dinosaur Jr. is an American rock band from Amherst, Massachusetts. Formed in 1984 by guitarist and vocalist J Mascis, bassist and vocalist Lou Barlow, and drummer Murph, the group is widely regarded as an influential figure within the alternative rock scene. The group released their self-titled debut album independently in 1985. Their next album, 1987’s You’re Living All Over Me, was recorded with help from Sonic Youth engineer Wharton Tiers. The album increased the band’s profile, steadily gaining a following within the independent rock circuit. Their third album Bug was released in 1988, propelling the band into the limelight, with the song “Freak Scene” becoming an unexpected hit in the UK. Their cover of The Cure’s song “Just Like Heaven” was also a success. After some lineup shake-ups, Dinosaur Jr. signed to a major label and released four more albums before dissolving in 1997. However, the original lineup reunited in 2005 for a tour, and released their comeback album Beyond in 2007. The band continued touring and recording, cementing their place in the modern music landscape. Their 12th studio album Sweep It Into Space was released in February 2021.