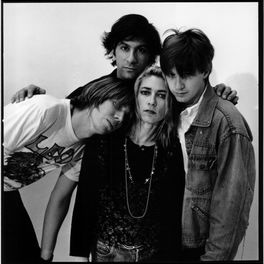 Stay at Home with Jade Bird

Girls To The Front

One of the America's most seminal alternative bands, Sonic Youth's barrage of de-tuned guitars and heavy distortion helped create a new scene of noise bands, which were dubbed 'No Wave' and paved the way for a swarm of early 1990s grunge acts. Inspired by DIY punk ethics and art school, Velvet Underground-style leanings, the band came together in New York in 1981 and started gaining attention in Europe for their second album Confusion of Sex in 1983. Classic albums Bad Moon Rising and Daydream Nation made them the darlings of the underground scene before they signed a major label deal with Geffen and released Goo and the UK number six Dirty. The band enjoyed a resurgence of energy following the release of the album Murray Street in 2002. Critics heralded the album as a return to form and following the departure of Jim Rourke in 2006 the band released Rather Ripped, an album which for Sonic Youth, was unconventionally conventional. It was the beginning of a troubled period for the band starting with a split from their record company Geffen and culminating in the marriage break-up of founder members Kim Gordon and Thurston Moore. In her 2015 autobiography Girl In A Band, Gordon confirmed the band had split up for good.