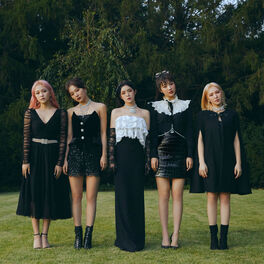 The Velvet - The 2nd Mini Album

Close To Me (Red Velvet Remix)

Tayla Parx: Behind The Music

Red Velvet is a charming 5-member girl group born to attract the world through their unique and sophisticated music and performances. With members, IRENE, SEULGI, WENDY, JOY, and YERI, Red Velvet has become one of Korea’s (and the world’s) biggest girl groups, known for their versatile talents and charms. Red Velvet debuted with their 1st single ‘Happiness’ in August 2014. Their following albums ‘Ice Cream Cake’, ‘The Red’, ‘The Velvet’, and ‘Russian Roulette’ have all charted in the top spots in Korea immediately upon release. In 2017, ‘Rookie’, ‘The Red Summer’, and ‘Perfect Velvet’ all achieved No. 1 on Billboard’s World Albums Chart, earning Red Velvet top girl group status. Bad Boy, the lead single from ‘The Perfect Red Velvet’ album, debuted at No.3 on Billboard’s World Albums chart and earned them their best U.S. sales to date. The group has performed at headlining concerts all over the world, including successful shows in Bangkok, Taipei, Singapore and Japan. With a handful of #1 Billboard albums and multiple visits to the U.S., Red Velvet has established themselves as one of the leading girl groups in the U.S., taking their “REDMARE” World Tour to North America in February 2019. Their title track, Zimzalabim, topped iTunes Charts in 28 countries, proving the group’s status as an international powerhouse.