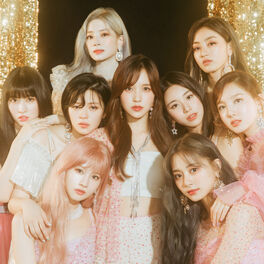 The year of "YES"

The South Korean girl band Twice were formed in 2015 after being selected by the reality TV show 'Sixteen' and later that year the nine-girl group released their debut EP 'The Story Begins'. After storming the Korean charts with their number one hit 'Cheer Up' the girls became a significant player in the K-pop market often outselling rival male bands who historically have always been more popular in South Korea than their female counterparts.

The group's record company Warner officially launched Twice in Japan in June 2017 and their debut album immediately went to number two in the charts heralding the arrival of yet another million-selling Korean group making inroads into the lucrative Japanese pop industry.

The group are part of the huge PYP Entertainment stable, one of the most influential players in the Asian music market and artists who sign to the organisation have one of the most powerful forces in K-pop promoting them. Within their first year as professional artist the girls signed no less than 30 product endorsement deals promoting everything from school uniforms to Estée Lauder cosmetics.