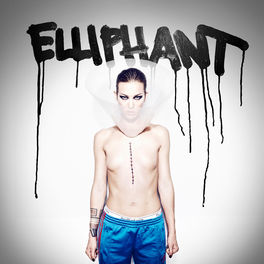 Never Been In Love (Remixes)

Live Till I Die

Could This Be Love

PARTY ON THE BEAT

Lazers from My Heart

With nothing but a dubstep sound system for company, Ellinor Olovsdotter once travelled the UK where she slowly morphed into becoming Elliphant. She ended up mixing her own musical influences with the typical London-sound, and so her own musical style was formed. Her unique life experiences (like living on the streets of India) have come to influence and inspire the powerful and unique sound of hers. The now Stockholm-based “wild-child” is praised for her rhythmic and futuristic sound. She has worked with various DJ:s and artists like Skrillex and Adam Kanyama. Last year, in 2014, she released her third album “One More”, including the hit single “Revolusion”. She has previously been nominated at the Swedish P3 Gold Awards.