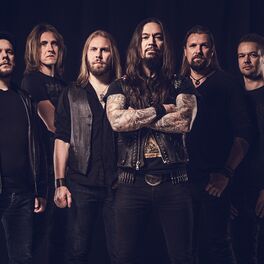 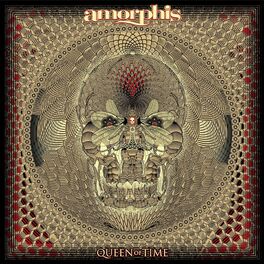 An Evening with Friends at Huvila (Live)

Under the Red Cloud

Magic and Mayhem - Tales from the Early Years

Growing from a gang of growling, death metal thrashers into massive, anthemic and enduring Finnish cult heroes, Amorphis have lived up to their name by regularly changing line-ups and evolving their sound to include folk, prog and electronic influences.
Drummer Jan Rechberger and guitarist Esa Holopainen started out playing together as teenagers in Helsinki with the band Violent Solution in the late 1980s but, following their demise they formed Amorphis with Abhorrence frontman Tomi Kouivusaari and bass player Olli-Pekka Laine in 1990. They subsequently cut their teeth utilising the raging guitar riffs popular on the black metal scene.
Drawing inspiration from 1970s psychedelic records, they developed more complex themes and melodic grooves on breakthrough album 'Tales of a Thousand Lakes' in 1994, and began using the 'Kalevala' book of ancient poems and Finnish mythology as the basis for their songs.

With singer Pasi Koskinen adding clean vocals, the band entered another new era with a more mellow, atmospheric, ambient rock style on 'Elegy' in 1996 and 'Tuonela' in 1999, but when Koskinen was replaced by Tomi Joutsen, the death growls and gothic menace returned on 'Eclipse' in 2005. The band decision to work with poems and lyrics of artist Pekka Kainulainen also marked another interesting turn, and as their career developed they began adding orchestral strings and epic synth sounds and thereby defining their own style of progressive death metal on the acclaimed 'Skyforger' and 'Silent Waters' and the concept album survival story 'Circle' in 2013. Though closely connected to Finland and its folklore, the band continue to create their own fantastical, ever-changing worlds and returned in 2018 with their 13th studio album 'Queen of Time' on Nuclear Blast Records.