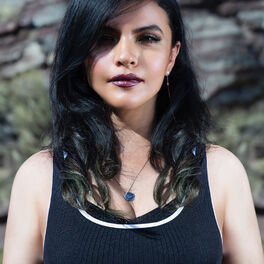 Be Right Back (feat. Embody & VASSY)

Save Me From Myself (feat. NOTSOBAD & Amanda Collis)

Multi Platinum award winning artist VASSY has positioned herself as one of dance music's most prominent authentic female artists. The Australian powerhouse’s discography includes numerous Global Chart topping hits earning her multiple #1s in over 30 Countries such as “Bad,” & “Secrets,” with Dance Music Icons, David Guetta & Tiësto.  VASSY has topped the Billboard Dance Charts & Dance Radio in the US an impressive 8 times with recent singles “Trouble”, “Concrete Heart”, “Lost” with Afrojack, & “Nothing To Lose” co-produced with Tiësto.  She’s become a mainstay act at major EDM festivals around the world including Miami’s Ultra Music Festival, Belgium’s Tomorrowland, New York’s Electric Zoo, and Australia’s Stereosonic.  Her music has been heard in global television campaigns for brands like Victoria's Secret, Nike, and Pepsi and her single “We Are Young” was featured in the film trailers for Disney’s Academy Award-winning blockbuster Frozen, Cabin In The Woods and Tina Fey’s Admission. VASSY has supported and collaborated with global charitable organisations like Playground of Dreams, Carers Australia, Best Buddies, Aviva Safe House, NoH8, Green IT, Gday USA among others. She recently joined the 1 billion stream milestone with “Bad” her collaboration with Showtek and David Guetta. “It was so exciting to receive this award for being on the The 1,000,000,000 List. It's such an honour considering that my career first started with being acknowledged by APRA AMCOS in Australia before I left for the US. And, now being acknowledged once again for one of my biggest records that I wrote and performed, which went Number 1 in many countries around the world, putting me on the map globally as an Australian artist, singer and songwriter.”