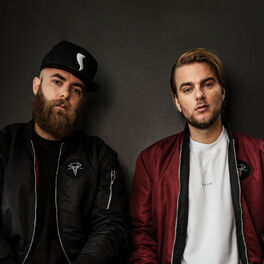 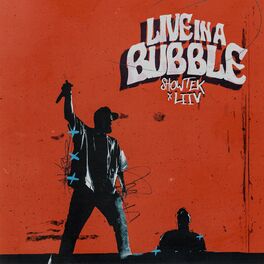 Live In A Bubble

Analogue Players In A Digital World

by Showtek, We Are Loud, Sonny Wilson

Listen To Your Momma (The Remixes)

Show Some Love (The Remixes)

by Showtek, We Are Loud, Sonny Wilson

Hold Us Back - EP

With their thumping, euphoric take on hardstyle electro, Dutch DJ duo Showtek started setting dancefloors and festival crowds ablaze in the early 2000s before crossing over into the pop charts with their hit 'Booyah' in 2013.

Growing up in Eindhoven, Wouter Janssen first fell in love with dance music at the age of nine when he heard 2 Unlimited on the radio and became obsessed with a compilation album of classic house anthems, later taking his younger brother Sjoerd with him to local club nights. It led to Wouter making his own beats on his laptop and Sjoerd adding keyboard melodies and the duo were soon out DJ-ing themselves before releasing their debut album 'Today Is Tomorrow' in 2007 through independent label Dutch Master Works.

Under a number of different aliases they worked their way to prominence on Europe's club scene, also launching their own podcast, but it was in 2012 when they collaborated with techno producer Justin Prime on the platinum-selling single 'Canonball' that they really started reaching wider audiences. By mixing their rave bombast with reggae and drum & bass influences, their single 'Booyah' became their biggest hit and grew out of club culture to reach number five in the UK Charts. They also collaborated with David Guetta and Australian singer Vassy on the house hit 'Bad' and worked with Major Lazer on the warped, Carribean, electro-trap favourite 'Believer', whilst mix albums 'Essentials' and 'Skinkalation' showed the brothers to be unafraid to jump between genres and take inspiration from hook-filled '90s floor-fillers, deep, throbbing trance grooves and even the wildest of ear-drilling, dubstep freak-outs.