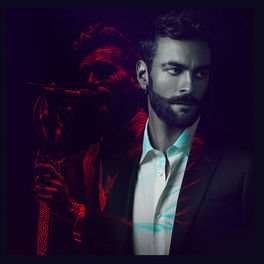 Marco Mengoni is an Italian pop singer whose breakthrough came after winning Italian 'X-Factor' in 2009. He was born in Ronciglione, Viterbo and then moved to Rome to undertake a degree in languages. While singing in Rome's piano bars he auditioned for 'The X-Factor''s third series and won. His pop covers included a number of English language songs, such as 'Back to Black' by Amy Winehouse and Michael Jackson's 'Billie Jean'.

He followed up his national television success with the number one hit single 'Dove Si Vola', written by Bungaro, and then in 2010 the successful EP 'Re Matto'. His first full album 'Solo 2.0' hit number one on the Italian Albums Chart in 2011 and featured the hit single 'Solo'. His second album in 2013 '#prontoacorrere' contained the number one hit 'L'essenziale' which he performed while representing Italy in the 2013 Eurovision Song Contest in Malmo, finishing seventh.

His third album 'Parole in Circolo' (2015) included the hit single 'Guerriero' which was followed by his fourth album 'La Cose Che Non Ho' later in the year. 2018 saw the release of his next album 'Atlantico' containing the single 'Hola (I Say)' featuring Tom Walker.