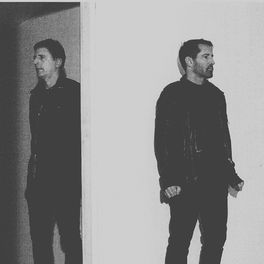 Not The Actual Events

Every Day Is Exactly The Same (Remixes)

Classically trained pianist Trent Reznor formed rock project Nine Inch Nails in 1989 and is the creative force behind it, with various musicians joining and departing along the way. After his solo effort 'Pretty Hate Machine' in 1991, Reznor recruited further musicians for a gig. He then followed this up with debut album 'Broken' in 1992, showcasing a guitar sound laden with torment such as 'Help Me I'm in Hell' and 'Happiness in Slavery'.

He earned a reputation for all things dark after remix track 'Fist F**k' and the 1994 album 'The Downward Spiral' which he recorded in Charles Manson's former home. It was a seminal album and achieved high public acclaim as it hit number two in the Album Chart. But after another remix album, the group left it five years before releasing 'The Fragile' (1999) which hit the top of the US charts and the top ten in the UK. A tour followed and another five year wait for fans before 'With Teeth' emerged in 2005, boasting Dave Grohl on the drums. The album hit number one in the US charts while the single 'The Hand That Feeds' managed to break into the UK Singles Top 10, a first for Nine Inch Nails.

In 2007 Reznor began to criticise Universal Music for their pricing policies, and once Nine Inch Nails had fulfilled their contract, releasing 'Year Zero' and 'Ghosts I-IV', Reznor severed ties with Interscope Records and released his next album 'The Slip' as a download only in 2008. In 2009 Reznor announced that the band would take a break for a while and embarked on their Wave Goodbye tour. Reznor began a new project with his wife Mariqueen Maandig and bandmate Atticus Ross called How to Destroy Angels.

2013 saw the comeback of Nine Inch Nails with a new album, 'Hesitation Marks', released in September of that year. In 2016 they released the EP 'Not the Actual Events', the first part of a trilogy; the second was 'Add Violence' in 2017 and 'Bad Witch' in 2018.